Today, Oakland County Circuit Court Judge Martha D. Anderson set aside the conviction of George and Melvin DeJesus, who were wrongfully convicted of murder and felony firearms in 1997. 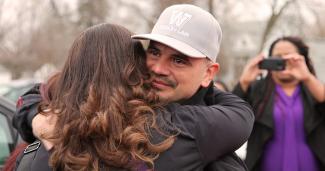 “I just want to thank God first, because without him nothing is possible,” said George DeJesus. “I am thankful that the truth is finally realized and hope that our family as well as Margaret’s (victim’s) family can finally heal and put all of this behind us. I realize that justice for my brother and I also means opening up old wounds for the victim’s family. My heart goes out to them and I will be praying for them.”

Assistant Attorney General Robyn Frankel, director of the Michigan Attorney General’s Conviction Integrity Unit (CIU) moved to have the DeJesus brothers’ convictions vacated and requested dismissal of all charges. The statewide conviction integrity unit is one of the first of its kind, reviewing claims of innocence in all Michigan counties, except Wayne County, which has its own unit. George DeJesus is represented by Jessica McLemore of the Western Michigan University Cooley Law School Innocence Project (WMU-Cooley Innocence Project). Melvin DeJesus is represented by David Moran of the Michigan Innocence Clinic. The two innocence organizations worked collaboratively with the Attorney General Nessel’s office to finally achieve justice for these two men who served over two decades in prison for crimes they didn’t commit. 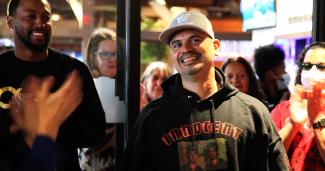 “We are happy that George can say he has been fully exonerated after nearly a 25-year struggle  to prove his innocence,” Tracey Brame, the director of the WMU-Cooley Innocence Project, said. “George has  steadfastly maintained that he had nothing to do with this terrible crime. We are grateful to Attorney  General Dana Nessel and the Conviction Integrity Unit team for their willingness to listen to the brothers  and reinvestigate the case. Today, George and his brother, Melvin, have finally received justice.”

On July 11, 1995, a Pontiac woman’s body was found nude in her basement with a pillowcase over her head and wires binding her neck, wrists, and ankles. DNA linked Brandon Gohagen to the crime scene. Gohagen originally told police that the DeJesus brothers had nothing to do with crime. Later, he confessed to sexually assaulting the victim but claimed that Melvin forced him to at gunpoint. Gohagen said that Melvin and George then bound and beat the victim to death. Ultimately, Gohagen pled guilty to second-degree murder and first-degree  criminal sexual conduct in exchange for his testimony against the DeJesus brothers.

At trial, George and Melvin presented alibi defenses for the night Gohagen said the crime occurred. Nevertheless, the DeJesus brothers were convicted and sentenced to serve life without parole on December 30, 1997. 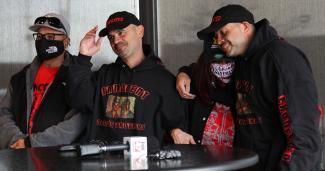 At the request of the WMU-Cooley Innocence Project and the Michigan Innocence Clinic the Attorney General’s CIU reinvestigated the DeJesus brothers’ cases. The CIU interviewed numerous witnesses and reviewed decades of documents. The CIU located witness statements made within weeks of the crime, that corroborated the brothers’ alibis the  night of the murder. But they also discovered more troubling facts about Gohagen. In 2017, Gohagen was convicted of the 1994 sexual assault and murder of another woman in Oakland  County. Gohagen acted alone in that crime. In addition to the 1994 case, the CIU discovered 12 other women who were emotionally, physically, and sexually abused by Gohagen. The CIU also interviewed a witness who said that Gohagen confessed to implicating the brothers in exchange for a deal. Pretrial and post-conviction DNA testing never identified the brothers’ DNA at the crime scene, and there was no other physical evidence linking the brothers to the crime.

“I wish to apologize for the actions taken by your fellow citizens against you 25-years ago. Twenty-five years of your life have been taken from you that cannot be replaced. Hopefully you will find some solace in the fact that you will be able rejoin your family and start living a normal life outside the prison walls. I wish you the best," said Judge Martha D. Anderson, judge for the Sixth Circuit Court in Oakland County, Michigan. 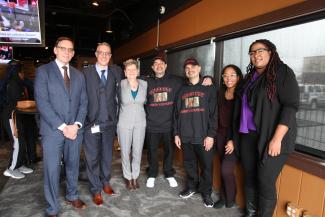 Today, George is being released from the Michigan Reformatory in Ionia and will reunite with his brother and family in Lansing at One North Kitchen, 5001 W. Saginaw Hwy., Lansing, MI 48917 at 11 a.m.