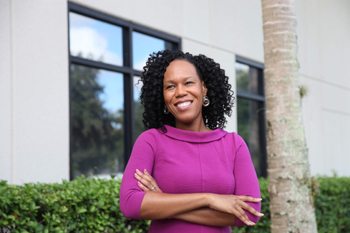 Hardrick, who served as a federal judicial law clerk for the U.S. District Court, Middle District of Florida, after working as a litigation associate with Bush Ross, P.A., is the founder and of nonprofit Journey to Esquire, for which she recently received the Florida Bar Young Lawyers Division 2019 Diversity Award. She joined WMU-Cooley in July 2019.

“I look forward to serving in this capacity and to continue my personal and WMU-Cooley's mission of helping to diversify the legal field with talented lawyers and judges,” Hardrick said of the Judicial Nominating Commission appointment.

The recommendations from this process will be submitted to the White House and Florida’s senators. Each screening conference will interview and vet applicants for vacancies that arise, and advise the delegation regarding the candidates' qualifications and fitness for the desired position. Once the president submits a nomination to the U.S. Senate, the nominee will be reviewed by the Senate Judiciary Committee. If a nomination is approved by the Judiciary Committee, the nomination will be sent to the full Senate for consideration.

"The wisdom, expertise and insight of these screening conference members will be critical for filling these vital judicial system positions with competent and experienced professionals," said Wasserman Schultz. "I offer heartfelt thanks to each of these members for serving the people of Florida."