During Meyers’ presentation, he explained how the federal government has police powers during a pandemic, which supports President Biden’s Sept. 9 mandate requiring business with 100 or more employees to require its workers to either be vaccinated, or provide a weekly negative test result.

“The responsibility of public health has shifted over time from small local government officials to national officials,” said Meyers. “This is because health problems are increasingly affecting people across the country. Pandemics are not easily localized and states have become reliant on the Centers for Disease Control for guidance on policy and public health decisions.”

Meyers explained that the U.S. Supreme Court ruling Jacobson v. Massachusetts, requiring the smallpox vaccine, is similar to the country’s current vaccine requirement for COVID 19. In this case, Jacobson refused to get the smallpox vaccine because he believed it was ineffective, and he contended he had a previous bad experience with vaccines as a child. Meyers said the  court’s opinion states, “The police power of a state must be held to embrace such reasonable regulations established directly by legislative enactment as will protect the public health and public safety.” 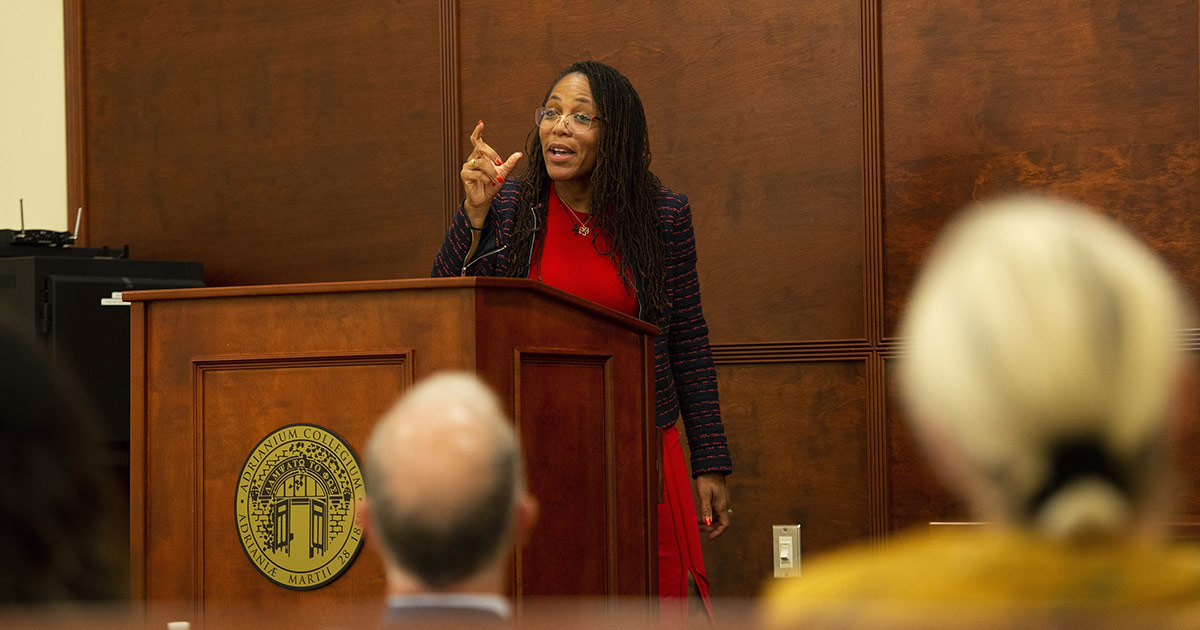 Brame, who is director of WMU-Cooley’s Innocence Project presented “Democracy at the Crossroads,” during the Phillip J. Prygoski Constitution Day Address. During her presentation, Brame spoke about various struggles throughout America’s history and how the Constitution helped the lead the nation through trying times.

"The beautiful thing about the Constitution is that the drafters had the foresight to create something that could evolve with society and grow to protect the rights of even those who were enslaved at the time it was drafted," said Brame.

The Adrian College event is hosted by the school’s Romney Institute for Law and Public Policy and is named in honor of Prygoski, who began teaching Constitutional Law at WMU-Cooley in 1977. He was an administrative law judge for the State of Michigan Board of Licensing and Regulation and constitutional law professor for 35 years. He provided invaluable support to Adrian College’s Romney Institute during the critical stages of its infancy. Prygoski passed away in 2019.