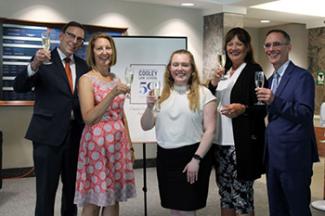 “Since day one, Cooley Law School has proudly called Lansing our home,” said WMU-Cooley President and Dean James McGrath. “Not only has the law school been a fixture in the downtown area for the last 50 years, but our faculty, staff and students have been active and engaged members of the community.”

During the celebration, McGrath recognized Pauline “Polly” Brennan, who was in attendance. She is the wife of the law school’s founder and a former Michigan Supreme Court justice, the late Hon. Thomas Brennan Sr.

“She is a person whose dedication, sacrifice, devotion and encouragement over countless years helped make it possible for us to be here celebrating this moment today,” McGrath of Pauline Brennan.

Additionally, McGrath highlighted a few of WMU-Cooley’s key moments in history since its founding on July 19, 1972: 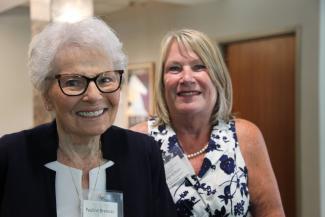 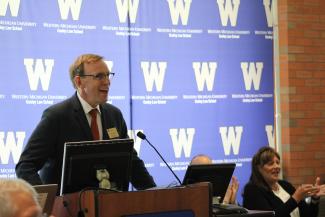 “Throughout all the years and all the changes, there have been a number of things that have remained constant. Number one: Cooley’s commitment to providing access to legal education. That was the job from day one and it still is today,” said McGrath. “We still have three entering classes per year – day, evening and weekend classes – with full or part-time enrollment options. We always have and always will have a focus on students first. We have a staff who is unbelievably committed to fulfilling the school’s mission and vision, and is tirelessly devoted to providing our students with the best possible education.”

During the celebration, McGrath introduced Lansing Mayor Andy Schor, who spoke about WMU-Cooley’s staying power in the community throughout the past 50 years before announcing his proclamation.

“It’s been an asset to the city of Lansing, to the folks who live here, to the folks who are staff here, and visit and work – there is no better place,” said Schor. “Knowing there are so many here in our community and in our city who had this option to earn their degree while still working and doing other things – we’re lucky because we have a school like Cooley right here in our downtown. We’re really excited that it’s been 50 years and we look forward to another 50 years. 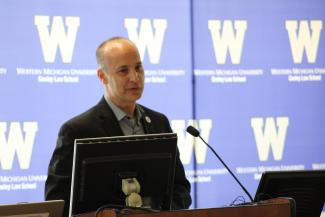 “Therefore, I, Andy Schor, Mayor of the city of Lansing, by the power invested in me do hereby proclaim June 21, 2022, as WMU-Cooley Law School Day in Lansing,” he proclaimed. “I certainly offer my sincere congratulations on this milestone and wish the institution continued success in training the next generation of advocates here in our city and throughout our state and nation.”

“There’s something different about Cooley students in every sense of the word,” she said. “We are a dedicated, hard-working and community-oriented group. We go the extra mile, and we do so very often and dependably. We value service, integrity and it’s apparent in our active student body and the network of alumni that we have. We stay true to our values and we have a great deal to be proud of. On behalf of the entire Lansing campus student body, I’m so grateful to be here and to be celebrating 50 years of opportunities and to share my optimism for what the future holds for our students and for our culture of resilience.” 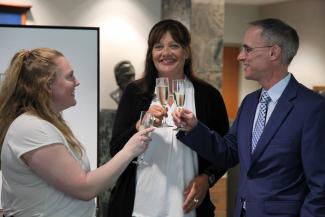 Additionally, Judge Louise Alderson, chair of the law school’s board of directors, and Susanne Harris, president of the law school’s alumni association made remarks during the celebration. Guests were also treated to a champagne toast while viewing memorabilia on display from the law school’s past, including digitized archive photos, framed photos, previous issues of the school’s Benchmark magazine, and class composites.

Video of the event can be viewed at the WMU-Cooley Law School YouTube page.