WMU-Cooley Law Review hosted a panel discussion about state redistricting and the impact it would have on Michigan voters at the law school’s Lansing campus Tuesday, Oct. 22. 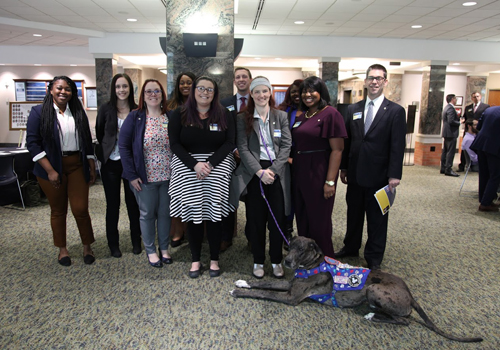 Schindler, who moderated the symposium, started with a historical perspective and then navigated our panelists to discuss the nuts and bolts of gerrymandering in Michigan and nationally.

“Many argue that gerrymandering should be deemed unconstitutional due to some states using it as a tool to suppress the votes of underprivileged communities,” said Schindler. “In addition, historically both parties have been guilty of legislative mapping to give one party an unfair political advantage over the other during elections.”

During the discussion, panelists also reviewed the impact of redistricting on Michigan voters in the upcoming 2020 election and beyond.

“Symposium attendees walked away with better insight as to the history of gerrymandering in Michigan, as well as how Michigan voters battled this issue with a voter-ballot initiative, overcoming the challenges that come with implementing a Redistricting Commission, and the role the courts should play on this issue,” said Hope Finney, WMU-Cooley Law Review symposium editor.