“I have to say that I didn’t understand what was happening back in 1988 when I came to court to be tried for a murder I didn’t commit. At 22 years old, and a thousand miles away from anyone I knew, I kicked and screamed and stomped my feet and said this is not right,” Poole said during the hearing.

“Mr. Poole’s conviction was based on unreliable evidence, including a bite mark comparison, which is not based on science,” said Mitchell-Cichon.

DNA testing excluded Poole from the crime scene and implicated an unknown individual. “I commend the Michigan Attorney General and her establishment of a conviction integrity unit that will investigate claims of innocence and uncover the truth,” said Mitchell-Cichon.

“I spent decades learning, reading, studying law, but none of that was working for me,” Poole said. “It wasn’t until I surrendered to a higher power and God stepped in and sent me a band of angels to look past the rules and regulations and looked to see who was standing in the furnace. I was standing in the furnace. I didn’t belong here. I have to thank each and every one of you, without you this wasn’t possible.” 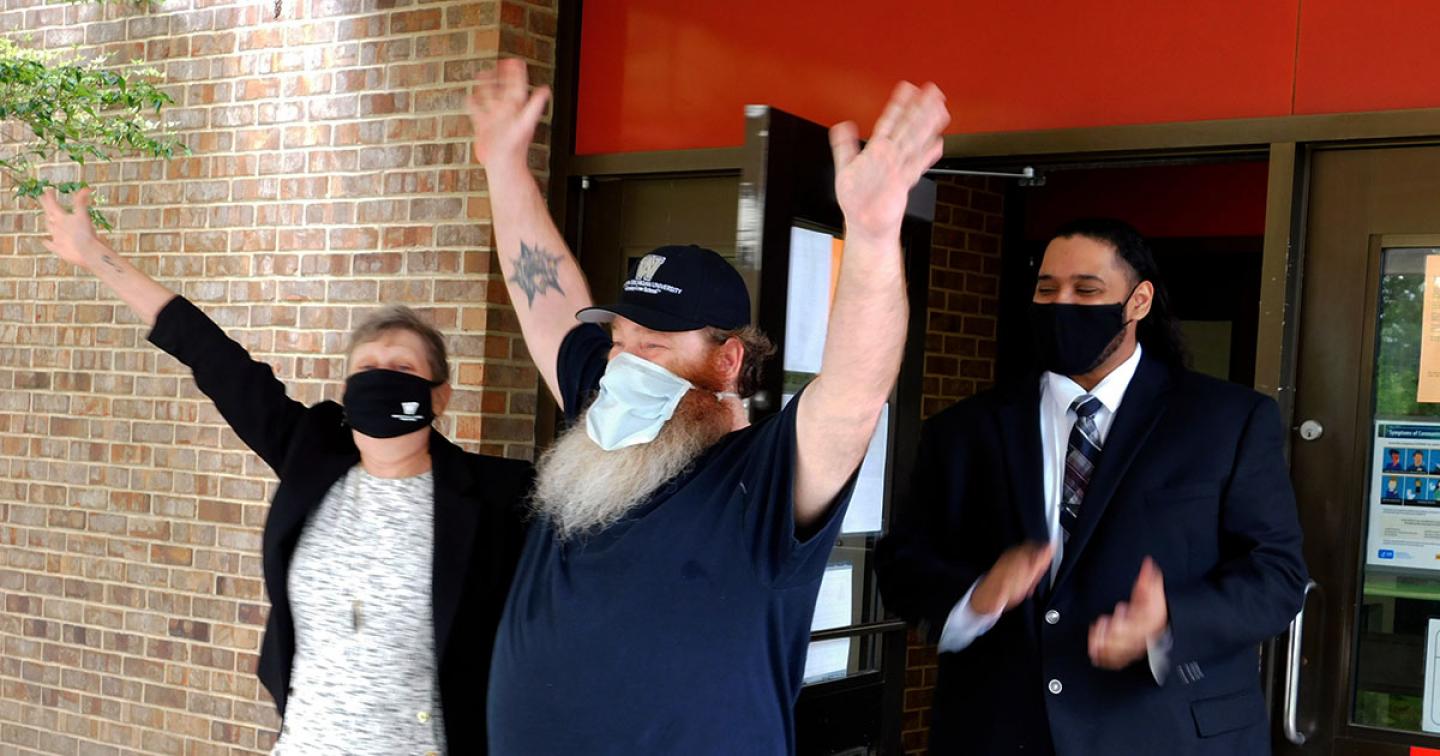 The statewide conviction integrity unit is one of the first of its kind, reviewing claims of innocence in all Michigan counties, except Wayne County, which has its own unit.

On June 7, 1988, Robert Mejia’s body was found near a running path in Pontiac, Michigan. Mejia had been stabbed to death. He was last seen alive at a Pontiac bar and several bar patrons provided a description of a man he left the bar with. Based on those descriptions, composite drawings were posted in the Oakland Press, but no leads developed and the case went cold. In November 1988, Poole’s then girlfriend implicated Poole in the murder. Despite her inability to provide accurate details about when the crime occurred, she became the state’s key witness.

Dr. Allan Warnick, DDS, who has been associated with other wrongful convictions, was the only witness to tie Poole to the crime scene through his comparison of Poole’s teeth to a presumed bite mark on the victim’s arm. Bite mark comparison has since been debunked by the National Academy of Sciences (NAS) and the President’s Council of Advisors on Science and Technology (PCAST). Even the American Society of Odontology no longer stands by the practices used in Poole’s case.

Several blood stains were collected from the crime scene and blood on a stone found embedded in the victim’s body did not match the victim nor Poole. That evidence was never presented at trial due to the failures of Poole’s trial counsel. In 2016, DNA testing of that same sample and other blood samples confirmed that an individual other than the victim and Poole left their blood behind. Dr. Karl Reich of Independent Forensics conducted a thorough review of the testing results and concluded “the defendant is excluded as a contributor to all tested samples and there is evidence of an unknown contributor who is not the defendant or the victim.”

The WMU-Cooley Innocence Project filed an application with the Michigan Attorney General’s Conviction Integrity Unit and the unit reinvestigated the case. Based on their investigation, Frankel moved to set aside Poole’s conviction.

“This case serves as an example of the important work being done by our Conviction Integrity Unit,” said Michigan Attorney General Dana Nessel. “When we established this team in 2019, we made a commitment to ensuring those convicted of state crimes are in fact guilty while also providing justice to those wrongfully imprisoned. I appreciate the tireless work the unit put in alongside the WMU-Cooley Innocence Project to reach this outcome for Mr. Poole.”

In 2018, the Department of the Michigan Attorney General received a Post-Conviction DNA Testing of Evidence grant from the Department of Justice to screen claims of innocence and conduct DNA testing in appropriate cases. In 2019, the Cooley Innocence Project received an Upholding the Rule of Law grant from the Department of Justice to review cases in which unreliable forensics played a role in the conviction. Since 2018 the two offices have been partnering on DNA and other forensic casework. This partnership led to Gilbert Poole’s release after 32 long years.