Today, Berrien County Circuit Court Judge Angela M. Pasula set aside the conviction of Corey Quentin McCall, who was wrongfully convicted of three counts of murder and one count of attempted murder in 2005.

“There are no words to meet the moment,” Berrien County Prosecutor Steven Pierangeli said during McCall’s hearing Friday morning. “It is tragic that you served time for this offense." 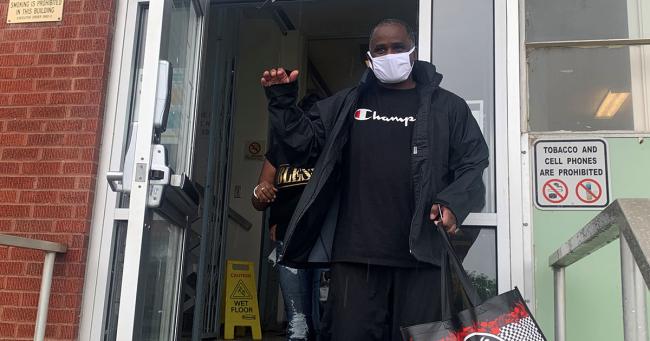 Frankel noted that at his sentencing, Mr. McCall stated: "Sitting through this long process, I want to say that I am innocent."

During the hearing on Friday, Frankel spoke directly to Mr. McCall and offered the Attorney General Office's “deepest apologies for what has been taken from you."

“Mr. McCall was convicted despite evidence of an alibi. New evidence demonstrated that he is in fact innocent,” Brame said. “The WMU-Cooley Innocence Project was proud to assist in the examination and consideration of forensic evidence in this case. The Attorney General’s Conviction Integrity Unit’s thorough investigation led to a just result in this case, and is evidence of the impact of collaboration between the AG’s office, the local prosecutor and defense counsel.”

Following Friday’s hearing, Brame said: “Mr. McCall can now once again enjoy the daily freedoms that so many of us take for granted." 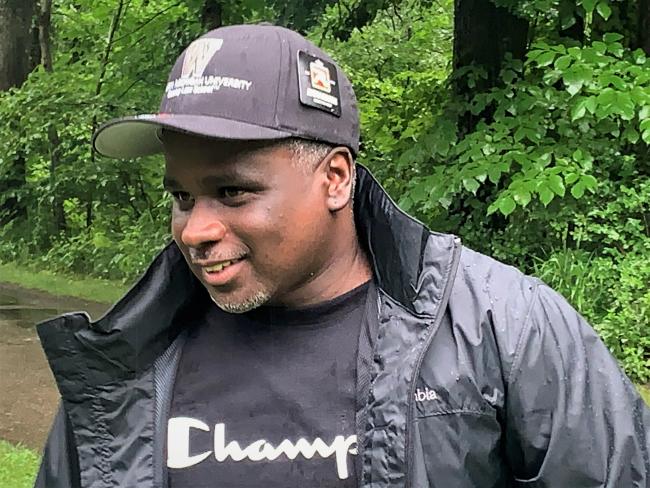 The statewide conviction integrity unit is one of the first of its kind, reviewing claims of innocence in all Michigan counties, except Wayne County, which has its own unit.

On March 26, 2005, four armed men broke into a house and killed three people and shot a surviving victim during a robbery in Benton Harbor. The surviving victim eventually identified McCall as one of the gunmen after seeing his profile during the robbery for one-to-two seconds.

At trial, McCall presented an alibi defense that he was purchasing items at Walmart when the crime occurred. Trial testimony from Walmart employees was that those purchases were not made that night, completely discrediting Mr. McCall’s statements and contradicting his alibi. McCall was ultimately convicted by a jury.

New information received by the CIU years after McCall’s conviction led to the discovery of new witnesses that demonstrates McCall’s innocence. That evidence, including documents that were unavailable at trial, corroborate McCall’s innocence. The WMU-Cooley Innocence Project assisted with the examination and consideration of physical evidence for DNA testing, though crime evidence was ultimately immaterial to the identity of the perpetrators. With the help of the Benton Harbor Department of Public Safety, a phone was forensically analyzed that corroborated the new evidence.

McCall was sentenced to serve life without parole on December 5, 2005. He is in the process of being released from the Michigan Reformatory in Ionia.

"The exoneration of Mr. McCall is an example of the importance of a collaboration between multiple agencies," Nessel said. "When I established the CIU, I envisioned our office working side-by-side with local prosecutors and police departments to uncover the truth. I commend the attorneys and investigators in my office, the local agencies, and the WMU-Cooley Innocence Project for their hard work in ensuring justice for Mr. McCall.

“I commend the Michigan Attorney General’s continued ardent commitment to investigate claims of innocence and uncover the truth,” said Brame.

About the WMU-Cooley Innocence Project: The WMU-Cooley Law School Innocence Project is part of the Innocence Network, which has been credited with the release of over 375 wrongfully accused prisoners through the use of DNA testing. The WMU-Cooley project has screened over 5,800 cases and is responsible for the exoneration of seven men: Kenneth Wyniemko (2003), Nathaniel Hatchett (2008), Donya Davis (2014), LeDura Watkins (2017), Kenneth Nixon (2021), Gilbert Poole (2021), and Corey Quentin McCall (2021).