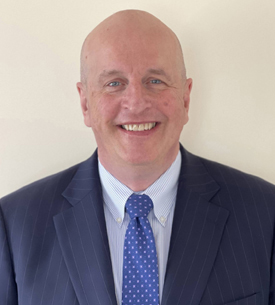 Before attending WMU-Cooley, Nowling received a Bachelor of Arts degree with a major in economics from Kalamazoo College in 1987, and a Master of Business Administration degree from the University of Michigan in 2002.

Nowling, who has enjoyed a 27-year career in field management at Johnson & Johnson, will join McKeen & Associates in June — first as a law clerk and then as associate attorney. McKeen & Associates is a medical malpractice and personal injury firm, representing clients in Michigan, Illinois, and throughout the country in cases involving medical malpractice, with a special focus on birth injuries and cerebral palsy.