On Tuesday, May 14, Gov. Gretchen Whitmer appointed WMU-Cooley Law School Associate Dean Tracey Brame to the Michigan Indigent Defense Commission. As a member of the commission, Brame will represent the chief justice of the Michigan Supreme Court for a term expiring April 1, 2023. 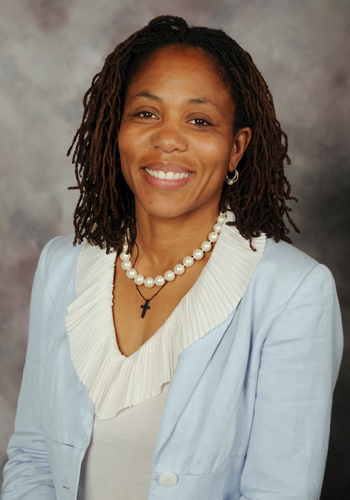 In addition to her administrative duties at WMU-Cooley, Brame teaches courses in Family Law, Race and the Supreme Court, and is director of WMU-Cooley’s Access to Justice Clinic.

“I’m honored Gov. Whitmer has selected me to serve on the Michigan Indigent Defense Commission to help fight for the legal rights of indigent criminal defendants,” Brame said. “I’m eager to start on this important work with my fellow commissioners and be the commission’s voice on our state’s Supreme Court.”

Brame came to WMU-Cooley Law School in February 2006, and started the Access to Justice Clinic at the Grand Rapids campus that same year. She runs the West Michigan Public Defender Clinic.

“Tracey’s work with WMU-Cooley’s Access to Justice Clinic and as associate dean make her a great choice to serve on the Michigan Indigent Defense Commission,” said WMU-Cooley Interim President Jeff Martlew. “We are proud of the positive influences Tracey has had on WMU-Cooley and are looking forward to the legal expertise she’ll bring to the commission.”

The Michigan Indigent Defense Commission develops and oversees the implementation, enforcement, and modification of minimum standards, rules, and procedures to ensure that indigent criminal defense services providing effective assistance of counsel are delivered to all indigent adults in this state.