WMU-Cooley Associate Dean Honored as a ‘Leader In The Law’

Western Michigan University Cooley Law School’s Grand Rapids Associate Dean and Professor Tracey Brame has been named to Michigan Lawyers Weekly’s Leaders in the Law Class of 2020. She is among 30 recipients who received this year’s honor, including WMU-Cooley graduate, Michael Rutkowski (Fitzgerald Class, 2006) of the Rutkowski Law Firm in Bloomfield Hills. 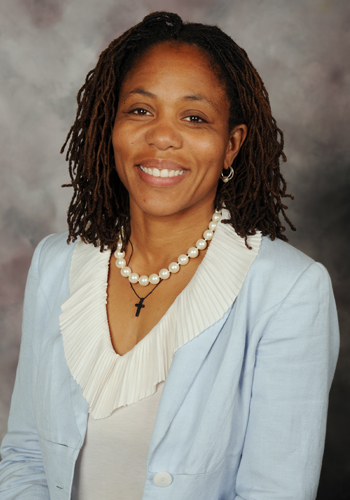 The selected honorees were chosen for their outstanding contributions to the practice of law in Michigan, continually setting an example for other lawyers, demonstrating tremendous leadership, and offering a wealth of expertise in many areas of the law. A luncheon celebrating the Leaders in the Law Class of 2020 will be held July 9 at the Detroit Marriott Troy. At that time, the Lawyer of the Year, selected by the 2020 class, will be announced at the event.

The honorees will be profiled in a special section appearing in a subsequent issue of Michigan Lawyers Weekly.

“I’m humbled to be honored by Michigan Lawyers Weekly’s ‘Leaders in the Law’ Class of 2020 among my esteemed colleagues throughout the state,” Brame said. “I went into law in order to provide equal opportunity representation to all members of our community. Since joining WMU-Cooley, I’ve dedicated my teaching to inspire students to take an active and socially conscious role throughout their education and practice.”

While Brame is passionate about criminal law and defense cases, she has a strong disposition for advocacy work and feels there are far too many African Americans in prison who did not receive the appropriate legal representation. This belief has led her to become heavily involved in the Grand Rapids community, providing pro bono work that focuses on enriching the lives of the community’s youth.

In collaboration with the Kent County Probation Department, Brame also helped establish a Teen Court, offering an alternative to the traditional criminal justice system for first-time, nonviolent juvenile offenders. In addition, by volunteering with the 3R’s Program, a partnership between the Grand Rapids Bar Association and Grand Rapids Public Schools, Brame has helped promote respect and understanding of the rule of law and the Constitution, as well as provide mentorship and career direction for students.

“Tracey does all this – and additional volunteer roles – while serving as an associate dean and professor at WMU-Cooley, working with administrators to ensure the law school’s Grand Rapids campus is a thriving law school environment,” said Ret. Brigadier Gen. Michael McDaniel, WMU-Cooley professor and associate dean at its Lansing campus.McDaniel, who nominated Brame for the honor, was recognized as a Leader in the Law in 2017.

McDaniel said that Brame “strongly believes in guiding and mentoring the next generation of lawyers, and serving as a role model, especially for minority students. Using her years of academic and litigation experience in federal district court, state and federal appellate and public defender offices in Michigan and Washington, D.C., Tracey teaches and advises her students to think critically about their career choices and to raise awareness of the challenges minorities often face in the work environment.”