Earlier this year, the federal government strengthened the controversial process of civil asset forfeiture, which allows law enforcement to take assets from persons suspected of criminal activity without issuing criminal charges against the asset owners. 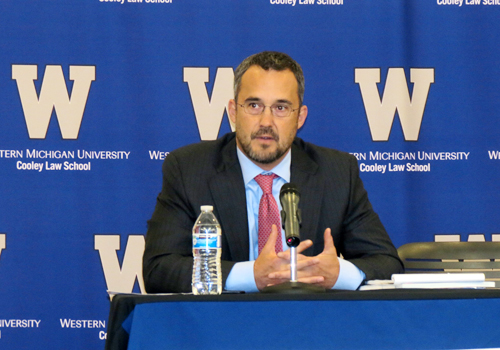 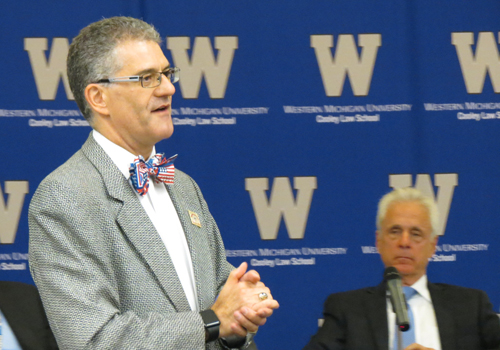 Clark Neily, vice president of criminal justice of the Cato Institute, and Daniel Lemisch, the acting United States Attorney for the Eastern District of Michigan, discussed the constitutionality of civil forfeiture on Friday, Sept. 15. The event was hosted by the WMU-Cooley Law School Auburn Hills chapter of the Federalist Society for Law & Public Policy in honor of Constitution Day.

Neily, a well-known litigator and public speaker who has challenged the government for unconstitutional incursions on the rights of individuals, advocated for changes in the practice during the discussion. He said a lack of transparency in civil forfeiture has created problems in tracking the issue. Neily added that 87 percent of forfeitures are of the civil variety, and rarely go in front of a judge.

Lemisch said that the practice of civil forfeiture is constitutional, and that the theory behind the practice is to take the profit motive out of crime. He also refuted Neily’s claim that governments prefer civil over criminal forfeiture.

“In our office, the vast majority of forfeitures are criminal, and we prefer criminal. We prefer including in an indictment the ill-gotten gains an organization has derived, but there are times when civil procedure is appropriate,” Lemisch said.