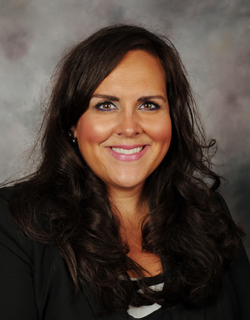 Breitfeld joined the full-time faculty at WMU-Cooley in 2013 after serving as a visiting and adjunct professor since 2009. She served as assistant prosecuting attorney for Macomb County, where she was assigned to the 37th District Drug Court, and later to family and circuit courts. Breitfeld is actively involved in the legal community, both locally and with the State Bar of Michigan. She is a former co-chair of the State Bar’s Criminal Issues Initiative and is a member of the State Bar’s Access to Justice Committee. She also serves on the board of directors for the Macomb County Veterans' Court, and she is a hearing panelist for the Attorney Discipline Board.

The MSBF Fellows Program supports the foundation in providing leadership and grants for improvements in the administration of justice and the delivery of civil legal aid to the poor. Fellows are nominated by their peers and elected by the MSBF trustees. Breitfeld was welcomed as a new fellow at the virtual annual MSBF Fellows Meeting on Sept. 23.