ACLU of Michigan Attorney Speaks on History of LGBTQ Rights 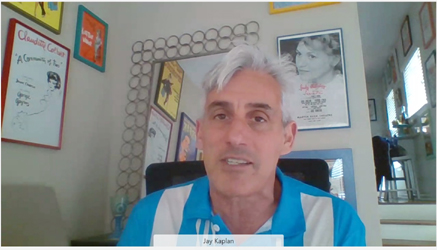 In addition to reviewing the history of gay rights, Kaplan explored where we are as a nation and state today and the path forward to equity and justice.

Kaplan started out by explaining Romer v. Evans, which involved a Colorado law that  voters passed prohibiting state and local governments from ever passing laws that prohibit discrimination on the basis of sexual orientation. The law was eventually challenged under the U.S. Constitution’s 14th Amendment Equal Protection clause.

Kaplan said the Supreme Court established, “Because sexual orientation was not typically enumerated under federal civil rights laws, that the court would apply the most deferential scrutiny to this particular law, which means the state only needs to demonstrate that its rationally related to legitimate governmental purpose. What the majority found was where the law or policy is based on animosity toward a particular group and a desire to harm that particular group because you don’t like them, that doesn’t even satisfy the rational basis.  This was a real significant decision that provided a template to be able to challenge government laws and policies that single out LGBT people for discriminatory treatment.”

In Michigan, during the early 2000’s Kaplan said that various efforts were efforts to try and prohibit different cities from ever being able to pass a human rights ordinance the covered LGBT people.

“We saw ballot initiatives happening in Huntington Woods, Traverse City, Ypsilanti, as well as Kalamazoo that would prohibit protections for LGBT people,” said Kaplan.  “Fortunately, all those ballot initiatives were unsuccessful and this type of trajectory trying to prohibit any civil rights laws for LGBT people were stopped.  I’m happy to say that today we have more than 45 jurisdictions in the state of Michigan that have local human rights ordinances that specifically protect LGBT people against discrimination.”

While discussing transgender issues, Kaplan noted, “As we make progress toward LGBT rights, we have seen across the country dozens of legislatures introducing bills that would prohibit transgender students from being able to play high school sports in accordance with their gender identity.” Kaplan said the ACLU is speaking out against Michigan’s proposed provision and believe it is unconstitutional and it violates Title IX.

The full Community Conversation, The History of LGBTQ Rights, can be viewed at WMU-Cooley’s YouTube channel.