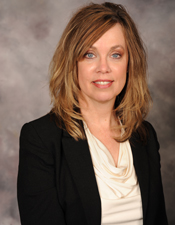 In 2005, Professor Krause-Phelan joined the WMU-Cooley faculty as a visiting professor teaching Criminal Law. She became a full-time professor at WMU-Cooley in 2006.

Before joining WMU-Cooley, Professor Krause-Phelan worked as both a private criminal defense practitioner and as an assistant public defender with the Kent County Office of the Defender in Grand Rapids.

While in private practice, Professor Krause-Phelan served as adjunct faculty for the School of Criminal Justice at Ferris State University, where she taught Criminal Law and Criminal Procedure.

During her years in practice, Professor Krause-Phelan lectured on a variety of criminal law topics, including "Junk Science in the Courtroom: Cross-Examining the Child Sexual Abuse Accommodations Syndrome Expert" and "Getting Experts in Court-Appointed Cases." She has also served on the faculty for the Hillman Trial Advocacy Program.