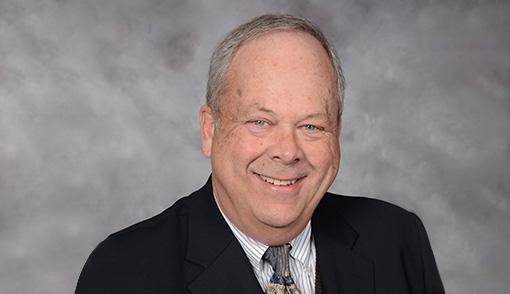 I joined the WMU-Cooley staff in 1995 as a clinical supervisor and teacher with the Sixty Plus, Inc., Elderlaw Clinic, and taught Criminal Law Clinic. I served as an adjunct professor in Lawyering Before Trial and Trial Advocacy 1989-1992, and became a full-time professor at WMU-Cooley in 1995.

Before joining WMU-Cooley, I was a general practitioner in Ann Arbor, Michigan, 1978-1995, focusing on criminal defense, family law litigation, business planning, and commercial and residential real estate. Before entering the profession of law, I was a math and science teacher for Livonia Public Schools, then a math teacher for Ann Arbor Public Schools.

I have taught as part of the Sixty Plus Inc., Elderlaw Clinic faculty, as well as Wills/Estates/Trusts, Equity and Remedies, and Criminal Law. I’ve supervised many externships, and have taught and supervised the Washtenaw County Public Defender Clinic for many years.

In 2003, 2006, 2013 and 2014, I served as co-director of WMU-Cooley's Australia/New Zealand Foreign Study Program. I’ve also served as a faculty adviser for the WMU-Cooley Journal of Practical and Clinical Law. I was a co-winner of the Beattie Award for Excellence in Teaching in 2004. I am currently designated as a Distinguished Visiting Professor.