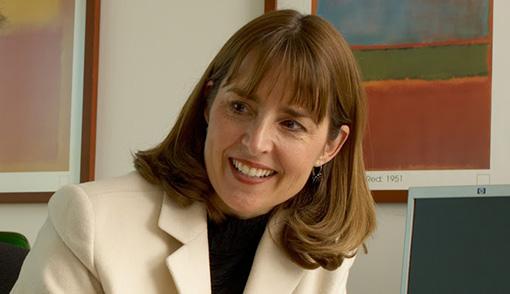 "As a legal writer, your job is to make the reader's job as easy as possible."

At WMU-Cooley, I teach in the Research & Writing Department and the Torts Department. After having previously served as an adjunct and visiting professor, I joined WMU-Cooley’s full-time faculty in 2006.

As a law student, I graduated second in my class, was the Casenotes Editor for the Law Review, and received numerous awards and scholarships including the National Association of Women Lawyers’ Outstanding Law Student Award, the Distinguished Student Award, the Carolyn Stell Scholarship Award, the Julia Darlow Award, the Timothy Kovach Peace Corps Scholarship, and the Robert W. & Veronica M. Cermak Grant.

Before attending law school, I was a high-school biology teacher in New Hampshire. In addition, I was a Peace Corps volunteer in Niger, West Africa, where I managed a hospital laboratory and taught health education to villagers.

Book and Chapters in Books