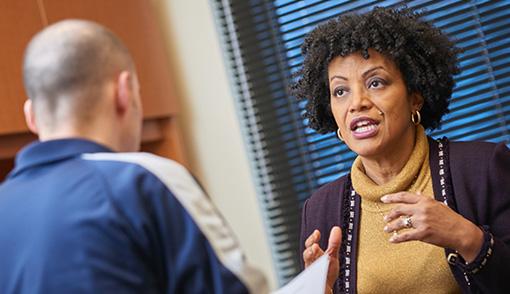 "Lawyers stand at the fork in the road for our citizens between justice and injustice."

I joined the faculty in 2013, and teach at WMU-Cooley Law School’s Tampa Bay, Florida, campus.

Prior to becoming a member of the faculty at WMU-Cooley, I was an adjunct professor at St. Leo University, the University of South Florida, and Hillsborough County Community College.

At WMU-Cooley, I teach Contracts I and II, Personal and Professional Responsibility, Education Law, Compliance, Regulations, and Employment Law.