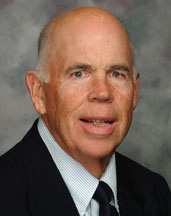 Before his untimely passing in 2017, Professor Peter Jason offers a wealth of knowledge in the area of urban municipal problems and their legal solutions. As assistant corporation counsel for the city of Detroit, he developed expertise in the pension and labor areas, later serving Detroit as director of labor relations. He was a frequent arbitrator in labor disputes for both government and private industry and was a member of the National Academy of Arbitrators.