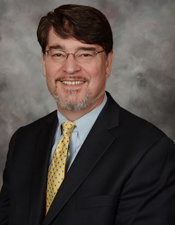 Professor Carrier comes to WMU-Cooley from his work as an international corporate associate with Lovells (now Hogan Lovells) in Prague, where he worked on mergers and acquisitions and international distribution agreements, among other specialties.

Professor Carrier has served as a professor of law for the Institute for International Relations and Law Approximation, Faculty of Law Comenius University, Slovak Republic. He has also taught a series of week-long seminars on legal English for Slovak Judges, and served as a Fulbright Senior Teaching Scholar (’96-’97) teaching public international law at Comenius University in the Slovak Republic.

Before earning his Master of Laws in private and comparative international law and heading for Europe on the Fulbright, Professor Carrier has also served as a law clerk with former Michigan Supreme Court Chief Justice Dorothy Comstock Riley, and as a research attorney for the Michigan Court of Appeals.

At WMU-Cooley, Professor Carrier has taught Property Law since arriving at WMU-Cooley in late 2003. He will be teaching Contracts, Sales, Oil & Gas Law, and will continue to teach a variety of international law courses, which have included EU Law, International Business Law, and Public International Law. Prof. Carrier has taught and co-taught the Advanced Practice Skills-International course readying WMU-Cooley students for the Phillip C. Jessup International Moot Court Competition for eight years, has coached and co-coached the WMU-Cooley team, and has recently returned from doing the same while on sabbatical, also as a Fulbright Teaching Scholar (2012-2013), at the University of Belgrade Faculty of Law in Serbia.