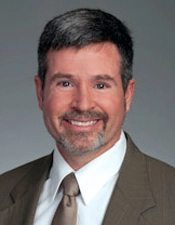 Previously, he taught a wide array of subjects for more than 10 years as a tenured professor at Barry University School of Law in Orlando, Florida, and in the Department of Law at the U.S. Air Force Academy in Colorado. He has also published widely in the fields of federal tax, alternative dispute resolution, environmental law and government contract law and litigation.

After 21 years of Air Force service, Tolan retired in 2005 from his position as the staff judge advocate at Hanscom Air Force Base in Massachusetts where he was the senior legal adviser to the installation commander. As a Judge Advocate (JAG), he had a wide array of legal experiences including both civil and criminal litigation. Highlights of his military career include successful defense of a $2 billion environmental claim against the Air Force, selection by the Air Force Material Command for the team excellence award and recognition by the governor of New Mexico with the Green Zia Award for environmental stewardship. Tolan also served as the head of the JAG professional writing program.