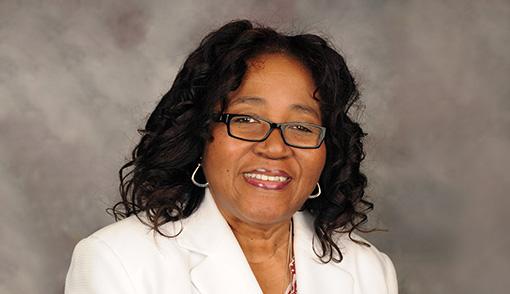 Professor Mock served as an associate professor at WMU-Cooley Law School 2008-2014. She taught law students how to translate the knowledge, ethics, and theory learned in seminar into the practice skills required to deliver effective representation, and provided classroom instruction using experiential techniques. She is now a professor emeritus, has served as an adjunct instructor for Trial Skills, and coordinates outreach for Sixty Plus, Inc., Elderlaw Clinic.

Professor Mock organized the Sixty Plus Outreach Project to reduce service disparity in the delivery of legal services to marginalized population groups. A strategic outreach from 2008-2013 produced access to justice for hundreds of vulnerable seniors. The project achieved a seminal goal by providing a template for other law clinics to study and emulate.

Prior to Joining WMU-Cooley, Professor Mock was a managing attorney, a senior counsel, and equal employment compliance officer for Legal Aid Society of Middle Tennessee and the Cumberlands, October 1984-July 2008.

Professor Mock served as a commissioner of the Tennessee Supreme Court Rules Committee on Civil, Appellate and Criminal Procedure. She also chaired the Tennessee Rules Committee originating a uniform standard (now codified) for determining civil indigence, and served on the Tennessee Board of Professional Responsibility (two-term panel appointment). She directed the Tennessee arm of Federal Demonstration Project with the Fort Campbell Army Base and the state of Kentucky designed to establish a coordinated community response to domestic and sexual abuse. Professor Mock was also recognized by the Tennessee General Assembly with a proclamation of appreciation for 24 years of exemplary civic dedication, unblemished ethics, and professional excellence.

Professor Mock identified, wrote and administered over $1 million in grants for Legal Aid. She was also selected by the Tennessee Supreme Court to serve as one of the private bar representatives for the Middle Section of Tennessee on the Rules Commission (12-year term).  She has been an executive management and leadership trainer for Management Institute Training, a regional basic lawyer skills trainer (10 years by invitation), a winner of the Alpha Kappa Psi Distinguished Professor Award at Austin Peay University, and winner of the B. Riney Green Outstanding Legal Advocacy Award.