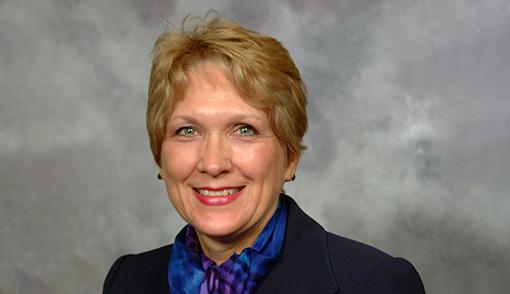 Professor Wonch joined the WMU-Cooley Law School faculty in 2002 and was a member of the law school's Professionalism Department before retiring in August of 2014. She now is the sole owner of Wonch Mediation, PLLC, working principally with divorcing couples to mediate property, support, and parenting issues.

Prior to joining the WMU-Cooley faculty, Professor Wonch was a trial lawyer for 24 years, certified as a specialist in civil litigation by the National Board of Trial Advocacy from 1992 through 2005.

Professor Wonch has served the legal community in many capacities. She is past president of the Women Lawyers Association of Mid-Michigan, the Ingham County Bar Association, and Legal Aid of Central Michigan. She served for six years as a member of the Attorney Discipline Board, and a member of the State Bar of Michigan Subcommittees on Professional and Judicial Ethics, for seven years, two years as chair.  She also served for six years on the District E Character and Fitness Committee as a hearing panelist and currently is the chairperson of the Ingham County Hearing Panel #1 for the Attorney Discipline Board.

She is also a former member of the Ingham County Friend of the Court Advisory Committee, and the State Court Administrator's Office Court Improvement Program. She has been a tort mediation panelist in Ingham and Eaton counties for 32 years and is an approved civil and domestic relations mediator for Ingham County. For nearly 20 years, Professor Wonch volunteered in the Lansing schools to teach over 2,000 school students of all ages mediation and negotiation skills. She still regularly teaches negotiation skills to high school and college students.

For over 14 years Professor Wonch has been a member of the board of Advent House Ministries, serving the homeless community, two years as president of the board. She is currently the president of the Beekman Therapeutic Riding Center Advisory Board, a trustee on the Lansing Educational Advancement Foundation having served for 10 years as president until 2012. Previously she was the chairperson of the Lansing School District Citizen Bond Forum, co-chaired the first successful school bond campaign in Lansing in 15 years, and served as a commissioner for the Lansing Board of Water and Light for five years.

She has received numerous awards and honors including 1997 Lawyer of the Year by the Michigan Lawyers Weekly, the 1998 Champion of Justice Award by the State Bar of Michigan, the 1998 Resolution Tribute by the Ingham County Bar Association, a 1999 Hall of Fame designation from the Ingham County Bar Association, the East Lansing Rotary Vocational Service Award in 2001, the Friend of Education Award from the Delta Kappa Gamma Sorority in 2001, and the 2002 Leo Farhat Outstanding Lawyer of the Year Award from the Ingham County Bar Association, a three-month 2010 Rotary World Peace Fellowship studying peace and conflict resolution in Bangkok, Thailand, and the 2010 Crystal Apple Award for excellence in education from the Michigan State University College of Education.