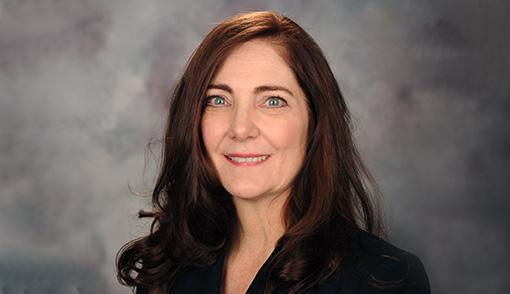 Professor D'Isa was a member of the full-time faculty at WMU-Cooley Law School for 25-plus years before taking Distinguished Professor Emeritus status. She was a tenured faculty member in both the Legal Research and Writing and Evidence and Civil Procedure departments, and she served as the Law Review Faculty Advisor and/Scholarly Writing Program Coordinator, and sat by assignment on more than 20 faculty committees.

A prolific and award-winning author, Professor D'Isa is a member of SCRIBES and the WMU-Cooley Legal Authors Society, and was a designated Contributing Editor in Civil Procedure/Federal Courts for the American Bar Association's PREVIEW of United States Supreme Court Cases. She has published dozens of articles, chapters in treatises, and a legal reference book. Her work has been cited by the Iowa and Michigan Supreme Courts.

Before joining the WMU-Cooley faculty, Professor D'Isa was in private practice as a litigation associate with the law firms of Pretzel & Stouffer in Chicago, and Phelan, Tucker, Boyle & Mullen (now PTM Law) in Iowa City, Iowa. In law school, she was a member of the Creighton Law Review, and she served as a research assistant to the Nebraska Supreme Court for the Jury Instructions Project. She also clerked for the Douglas County Attorney's office in Omaha, Nebraska. After law school, Professor D'Isa received her Master of Science in Journalism from Northwestern University's Medill School of Journalism in Evanston, Illinois, with an emphasis in magazine publishing and legal reporting.

She is a member of the Iowa, Nebraska, and Michigan state bars, and a Fellow of the State Bar of Michigan Foundation. In 2009 she was admitted to the United States Supreme Court. In 2015, Professor D'Isa received a presidential appointment to the ABA Silver Gavel Committee, and is currently serving a three-year term. She became a certified civil mediator in 2014, and most recently joined the Michigan Attorney General's Consumer Protection Division as a Public Education Departmental Specialist. Professor D'Isa continues to teach Civil Procedure at the Lansing campus on an adjunct basis.