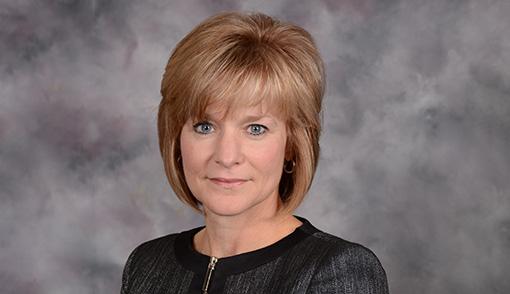 I joined WMU-Cooley Law School's faculty as an adjunct professor in 1998 and taught Introduction to Law, Law Practice, and Scholarly Writing. During this time I was also an adjunct professor at Lansing Community College. In 2008, I became a full-time faculty member at WMU-Cooley and taught Intentional Torts in the school's Professional Exploration Program as well as Torts I, Torts II, and Equity & Remedies. Currently I am the chair of the Contracts Department and teach Contracts I and Contracts II.

Prior to joining WMU-Cooley, I was employed as an Associate Attorney with Hubbard, Fox, Thomas, White & Bengtson, P.C., in Lansing, Michigan. I then served as Associate General Counsel at Delta Dental Plan of Michigan, Inc. for 10 years.

When I was in law school, I was on the Dean's List, Honor Roll and won the Alumni Association’s Distinguished Student Award. I served as Editor-in-Chief of WMU-Cooley’s Journal of Practical & Clinical Law and as Vice President of the Criminal Law Society. During this time I also earned a certificate from the University of San Diego's Institute on International and Comparative Law while studying at Oxford University in England.

I am admitted to the State Bar of Michigan and the Federal District Court, Eastern and Western Districts of Michigan. I am a member of the board of directors for WMU-Cooley’s Sixty Plus, Inc., Elderlaw Clinic, a member of the American Bar Association, the Oakland County Bar Association, and serve as an Oakland County Bar Foundation Fellow. I am the immediate past chairperson of the State Bar of Michigan District I Character and Fitness Committee.