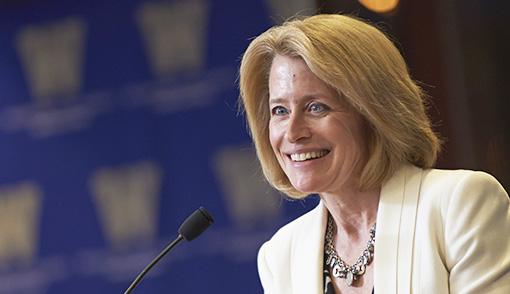 I have been a member of the faculty of WMU-Cooley Law School since 2004. I am chair of the school’s Civil Procedure & Evidence Department, and have served as assistant dean at both the Auburn Hills and Ann Arbor campuses.

In addition to my work for the law school, I serve on the board of directors of two nonprofit organizations: Access to Bankruptcy Court; and the Northwest Wayne Chapter of Families Against Narcotics, where I also serve as president. Access to Bankruptcy Court is a nonprofit corporation providing pro bono bankruptcy services to indigent clients. Northwest Wayne FAN’s mission is to provide education, resources, and support to individuals and families impacted by substance use disorder.

I am a frequent public speaker on the topic of addiction, and much of my writing focuses on this topic as well. In 2016, I was honored as one of Michigan Lawyers Weekly's Women in the Law due to the work I have done in the addiction area.

I am a fellow of both the State Bar of Michigan Foundation and the Oakland County Bar Foundation, and served on the State Bar’s Representative Assembly from 2009 to 2012.

Before coming to WMU-Cooley, I was employed as vice president, general counsel for Plastech Engineered Products, an automotive supplier located in Dearborn, Michigan. Prior to this, I was employed as a senior litigation attorney in the Ford Motor Company Office of General Counsel from 1992-1997, and as an associate attorney for the Detroit law firm Dykema Gossett from 1987-1992. I received both my bachelor of arts degree and my Juris Doctor degree from the University of Michigan.

Books Reviews and Other Short Works