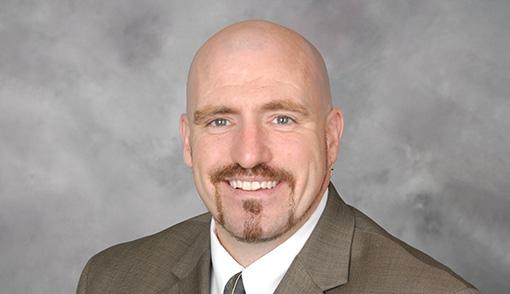 Director of Safety and Environmental Services

I have worked for Cooley since 1990, where my roles and positions have changed and I’ve been promoted since that time. Starting as a temporary employee in 1990, my role quickly turned into a permanent employee as a Maintenance Technician (1991-1994) and Engineering Technician (1994-1995), then promoted to supervisory positions: Deputy Director of Operations (1995-1996), Director of Operations (1996-1999) and Library Building Superintendent (1999- 2006), where I was responsible for renovations and expansion of the library and other campuses.

I was promoted to Building Services Superintendent (2006-2007), working across campuses. My role changed to the Custodial and Access Control Superintendent (2007-2014), where I developed and implemented our Access Control process and created emergency plans for all campuses and created a housekeeping process. I also was the liaison of law, the Clery reporter for the law school, and oversaw vendor contracts for Operations.

My position since 2014 has been Director of Safety and Environmental Services where my responsibilities include overseeing access control. I am the compliance officer and reporter for the Clery Act. In addition, I am the law enforcement liaison and oversee contracts for Operations. I belong to the SLATT (State and Local Anti-Terrorism Team) and local Security Workgroups.