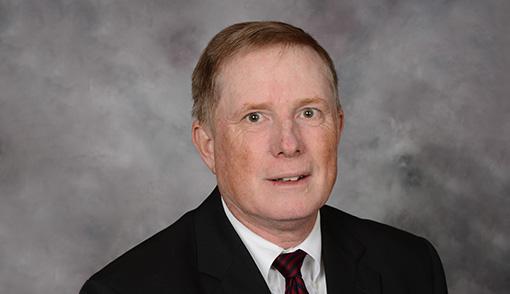 Professor MacDonald joined the WMU-Cooley faculty in 1992 and was promoted to full professor in 2000. He is a member of the state bars of the District of Columbia, Massachusetts and Michigan and has been admitted to practice before the Supreme Court of the United States and various lower federal courts.

From 2002 to 2011, Professor MacDonald served as co-director (with Professor John Scott) of the National Association of Criminal Defense Lawyers' Cathy Bennett National Invitational Student Trial Advocacy Competition. He is published in the area of civil procedure and has served on a national committee responsible for drafting discovery reform policies. He is also the co-author, with Professor Scott, of numerous trial advocacy case files.

Prior to joining the WMU-Cooley faculty, Professor MacDonald was with the Washington, D.C. offices of Sidley & Austin and Squire, Sanders & Dempsey, where he worked primarily on complex litigation matters. His experience includes private sector litigation involving commercial contract, antitrust, regulated industries, and employment issues as well as representation of the FSLIC and RTC in litigation related to failed financial institutions.

Professor MacDonald is a member of the Order of the Coif and a recipient of the International Academy of Trial Lawyers Award for Distinguished Achievement in the Art and Science of Advocacy. While in law school, he taught the first-year research, advocacy, and writing course.