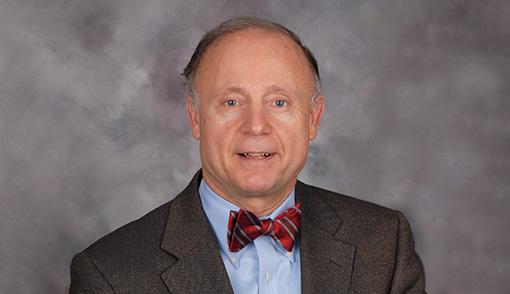 Before joining WMU-Cooley Law School, Professor Fisher was a senior partner and manager of the Municipal Practice Group at Secrest Wardle, a firm with offices in Farmington Hills, Mt. Clemens, Lansing and Grand Rapids.

He served as general counsel for cities, villages and townships in southeast Michigan and as special counsel for governmental entities throughout Michigan. In addition, he served as counsel on behalf of property owners regarding land use matters, and was an adjunct professor at WMU-Cooley, teaching Planning and Zoning Law.

He was also the recipient of the Roberts P. Hudson Award from the State Bar of Michigan in 1978, named a Best Lawyer in America in 2007, Recipient of the WMU-Cooley Law Review Michigan Supreme Court Distinguished Brief Award, 2001, and named Lawyer of the Year in Michigan (one of 10), 2001, by Michigan Lawyers Weekly.