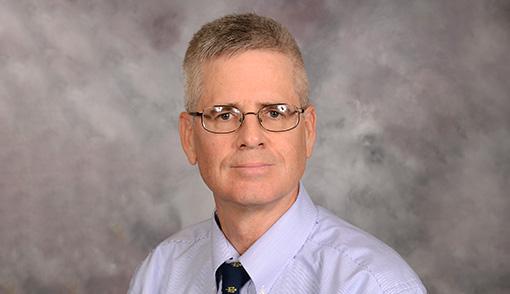 Professor Devin Schindler has expertise in constitutional law, including all aspects of the First Amendment, Due Process, Equal Protection, separation of powers, presidential powers and federalism. Professor Schindler has over 25 years of experience on a variety of healthcare compliance issues, including anti-kickback, Stark, billing fraud and third party payer relations.

Before joining the WMU-Cooley full-time faculty in May 2007, Professor Schindler was a partner with the law firm of Warner, Norcross & Judd, in Grand Rapids, Mich., 1986-2007.

He has appeared three times in front of the Michigan Supreme Court, most recently winning in the case Tomecek v Bavas. Professor Schindler has litigated numerous constitutional issues at all levels of state and federal courts, including the Michigan Supreme Court and the Sixth Circuit Court of Appeals. In addition to being named a Superlawyer by The Detroit News, Professor Schindler has also been named as one of "The Best Lawyers in America" in the fields of healthcare law and commercial litigation.

Professor Schindler is a frequent commentator on numerous healthcare and Constitutional issues, having been interviewed over 200 times by radio, television, print and internet media sources.  His comments have appeared in Time Magazine, The Huffington Post, The New York Times, The San Francisco Chronicle and numerous local media outlets. For 15 years, Professor Schindler hosted his own radio program, “The Constitution among Friends” on WGVU public radio.

He is a frequent author and has made hundreds of speeches on constitutional law issues and health care compliance. He most recently published articles in the Whittier Law Review, Case Western Reserve's Health Matrix: Journal of Health-Medicine, and in Quinnipiac University's Health Law Journal.