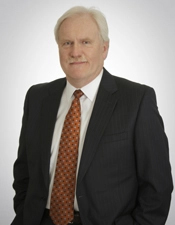 Professor Berry specialized in patent and intellectual property law, including patent litigation and licensing. He is a former Director of Cooley's Graduate Program in Intellectual Property Law. He was Of Counsel at Brooks Kushman, PC, a Southfield, Michigan-based IP boutique law firm. In addition, he was Academic Director of Patent Resources Group, Inc., a leading provider of continuing legal education programs in the patent and IP fields. Professor Berry was the principal instructor for PRG's Patent Bar Review Course, which prepares hundreds of students each year to pass the USPTO Registration Examination.

Professor Berry was nationally-recognized as a commentator on patent and IP law issues. He was a past Chair of the State Bar of Michigan Intellectual Property Law Section, and Chair of the Steering Committee of the Michigan Patent Pro Bono Project, which provides pro bono patent legal services to low-income inventors in Michigan. He was a member of the board of directors of the Pro Bono Advisory Council, which coordinates a national network of patent pro bono programs with the U.S. Patent and Trademark Office, and director of a USPTO-certified law school patent clinic at Wayne State University Law School.

Before joining the WMU-Cooley faculty in 2002, Professor Berry was an equity partner in the Boston, Massachusetts, law firm of Testa, Hurwitz & Thibeault, LLP, a 400-plus attorney firm with a national practice in venture capital and technology law, where he practiced IP law and litigation.

In private practice, Professor Berry has represented companies in patent and license disputes, including in such fields as consumer products, high-speed optical networks, biotechnology and biochemical engineering, semiconductor fabrication, computer devices, financial services, and e-commerce. He has been responsible for all aspects of litigation, including bench and jury trials and appellate practice, including successfully arguing before the U.S. Court of Appeals for the Federal Circuit.  He also is experienced in the mediation and arbitration of technology disputes.