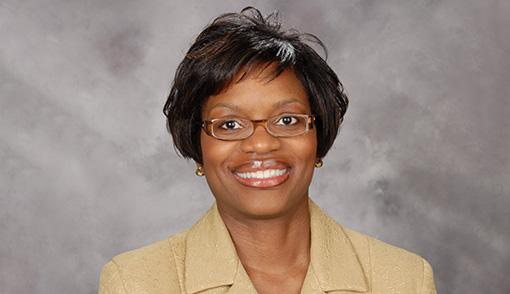 Cynthia M. Ward joined the faculty at WMU-Cooley in 2002 to teach in the Sixty Plus, Inc. Elderlaw Clinic.  She was named Assistant Dean of Students in September, 2007. Before coming to Cooley, Professor Ward served as Associate Clinical Professor of Law and Director of the Women and AIDS Clinic at Rutgers Law School-Newark. There she provided civil legal services to women and children affected/infected by HIV/AIDS.

Professor Ward is an author, including an article in the Howard Law Journal and The Thomas M. Cooley Journal of Practical and Clinical Law. She has also written several shorter works, and made numerous presentations on AIDS and other topics.

She is active in her community, having previously served on the boards for the Lansing Area AIDS Network, the City of Lansing Park Board, and as a commissioner for the Lansing Board of Water & Light. She also provided pro bono assistance to the homeless through Cooley's Homeless Assistance and Prevention Project.  Professor Ward was conferred Distinguished Professor Emerita status in 2014.