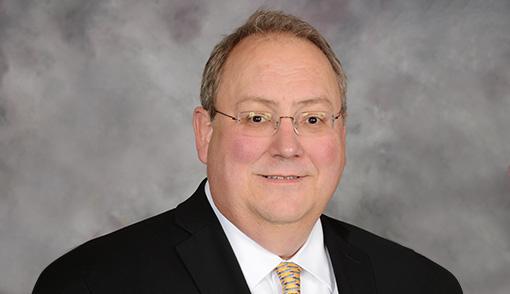 Professor Hastings has been teaching at WMU-Cooley Law School since 2006. He has been a lawyer since 1987, when he began practice with Miller, Canfield, Paddock and Stone. He joined the law firm of Drew Cooper & Anding in Grand Rapids, Michigan, in 1991, and became a partner in 1993. For nearly 20 years he practiced in state and federal courts, including the Sixth Circuit and the United States Supreme Court. He has represented clients in state and federal courts in Michigan, Florida, Alaska, Texas, North Carolina, Illinois, and Ohio.

Professor Hastings has occupied and continues to occupy leadership positions at all levels in the state and local bars, and in his community. Positions include longtime service to, and chairpersonship of the Michigan State Bar Standing Committee on the Unauthorized Practice of Law, service on the Local Rules Committee of the United States District Court for the Western District of Michigan, and the Steering Committee of the Grand Rapids Bar Association’s “3R’s” program, providing Constitutional law education to inner city students. He serves on the Access and Affordability subcommittee of the State Bar of Michigan's 21st Century Law Task Force, and co-chairs one of its work groups.

Professor Hastings served his local Girl Scout Council as a board member and officer, and earned the Girl Scouts' “Thanks Badge,” the highest honor accorded adults participating in the Girl Scout movement. He is a longtime board member and former board chair and president of the Legal Assistance Center, which provides legal resources and information to self-represented citizens.

He has taught Civil Procedure and Contracts.