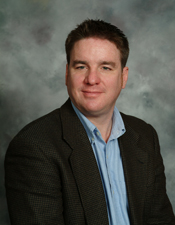 Professor Beery is a four-time winner of the Stanley E. Beattie Teaching Award. He also ranks in the top 10 percent of legal authors on the Social Science Research Network (SSRN). His work has recently been quoted or cited by other scholars in such publications as George Washington Law Review; Boston College Law Review; William and Mary Journal of Race, Gender, and Social Justice; Journal of Legal Medicine; Journal of Appellate Practice and Process; and Rutgers Journal of Law and Religion.

Professor Beery has appeared on scores of television and radio interviews and has been quoted in international, national, and local media outlets, including Salon.com, The Hill, Law360, The Washington Examiner, U.S. News & World Report, and Talking Points Memo. His op-ed pieces have appeared in the Detroit Free Press, the Lansing State Journal, and Attorney at Law Magazine, among others.

Professor Beery joined the WMU-Cooley faculty in 2002 after working with the school as an adjunct professor. Before joining WMU Cooley, Professor Beery was an associate with Thrun, Maatsch & Nordberg, P.C. Before that, he was a partner in the firm of Mahjoory, Mahjoory & Beery, P.L.C. Before entering private practice, he served as a research attorney for the Michigan Court of Appeals, 1998-1999.

While a student at WMU Cooley, Beery won the West Scholastic Award for being ranked first in his class after the first year of law school. He continued his high academic achievement, winning the James Burns Memorial Award for graduating first in his class.