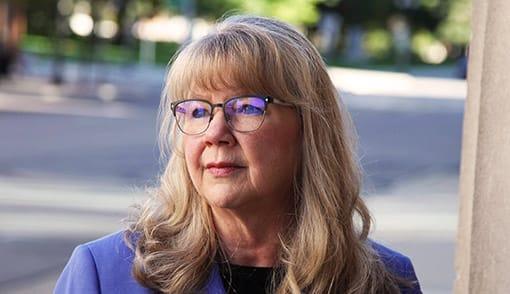 Associate Dean of Students, and Acting Director of the Office of Graduate Programs

I am a faculty member and Associate Dean of Students for WMU-Cooley Law School. I provide direct assistance to individual students with law school concerns at both WMU-Cooley campuses. I also created and oversee the Professional Development Series, and engage students in other professionalism programming, including enforcing student conduct codes. I am also the Director of the National Legal Mentoring Consortium, now housed at WMU-Cooley Law school, and the Acting Director of the Office of LL.M. Programs.

I am personally and professionally committed to lawyer and law student mentoring and professionalism. I am a founding member, Executive Committee member, and newest Director of the National Legal Mentoring Consortium, which is now housed at WMU Cooley Law School. I was appointed by two ABA presidents to serve as a member of the ABA Standing Committee on Professionalism from 2014-18. At the state level, I have served for decades as a member of the State Bar of Michigan District E Character and Fitness Committee, and as a panelist for the Michigan Attorney Discipline Board. I am also a member of the ABA Center for Professional Responsibility and the National Professionalism Consortium. I am a Master and former Board member of the American Inns of Court Mid-Michigan Chapter, and have served as an appointed member of the State Bar of Michigan 21st Century Practice Task Force, Modernizing the Regulatory Machinery Committee.