WMU-Cooley is proud of its long-standing recognition of diversity in all its forms. The LGBTQ+ and nonbinary community is not only accepted but celebrated. We look forward to working with you to find your maximum potential throughout your academic career and beyond.

Katie Stanley: When you help a client, you aren’t just helping them, you're helping others 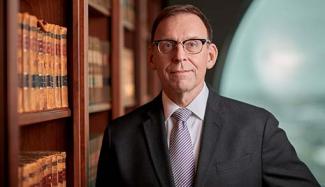 "I became the President and Dean of WMU-Cooley Law School in July 2019. I was attracted to its mission of true access to the legal profession. As an openly gay man, it is important to me that I work for a school that welcomes a diverse community of students, staff, and faculty. I attended law school after nearly a decade of working as an activist for LGBTQ+ civil rights and against HIV disease. My scholarship focuses on public health and the law issues, particularly the law’s effect on the health of populations with little or no political power, including lesbian and gay, transgender, and intersexual communities. My husband, daughter and I have all felt welcome at this vibrant and diverse school. I look forward to welcoming you to the WMU-Cooley family." 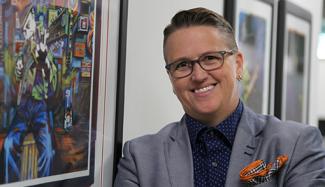 "In 2007, WMU-Cooley faculty voted to offer domestic partner benefits to its LGBTQ+ faculty and staff. That vote was a clear signal from my colleagues that I was a valued member of the institution. My activism includes being the past Co-Chair of Michigan Pride (2010-2015), Michigan’s statewide pride march, rally, and festival. As a private practice attorney I specialized in estate planning for domestic partnerships prior to marriage equality. I don’t believe I would be the professor I am today without the consistent and continuous support of my colleagues and their recognition of my true and complete self." 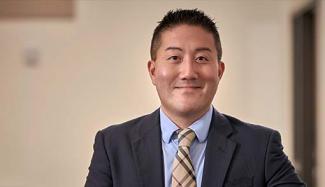 "I am a proud member of the LGBTQ+ community. I have a unique perspective of LGBTQ+ inclusiveness at WMU-Cooley because I attended the institution as a J.D. and LL.M. student, served multiple years as the school's Academic Resource Center Coordinator, and now am a member of the full-time faculty and Director of Academic & Student Services. One of the initial draws to attending law school at Cooley was the diverse student body and welcoming atmosphere for LGBTQ+ students that the faculty and administration created. After graduating and joining Cooley's staff and faculty, I found the same reception and welcoming sentiments from coworkers both with in-office interactions and outside-the-office exchanges. In fact, many of my law school friends and coworkers attended my wedding to my husband who happens to also be a Cooley J.D. & LL.M. graduate. As a professor at the Tampa Bay campus, I stay connected to Florida's LGBTQ+ community by attending and supporting Equality Florida events. I am also a member of the State Bar of Michigan's LGBTQA Law Section. I look forward to meeting and working with you if you decide to pursue your law-school studies at Cooley!" "To be honest, when I was about to come here 22 years ago, I asked a former employee if my being gay was an issue since I wasn’t willing to go back into the closet for a job.  He said, “I don’t think so.” Not the most reassuring answer, but I decided to say yes to the job offer. I always looked for clues when considering a position, and frankly didn’t see many, but I looked at the books on the shelves of the person I interviewed with which passed my Rorschach test ~ 40 years in the book industry and it’s a habit I can’t break. I thought another person who worked here was Latina so I figured it was at least a bit diverse and I would feel somewhat comfortable. I was used to working in independent bookstores with a wildly diverse and very open group of people. At that time, law schools had a reputation that was a lot more buttoned-up. The good news is I have been very glad to be here all these years and have just been my authentic self all along. I feel accepted by my colleagues and friends here. I can say I am very happy to see more representation throughout the school especially at the higher levels of the administration. I hope our current and incoming LGBTQ+ students will know that this is a safe and welcoming place to be. Things have changed so much in my lifetime and I’m proud to have been a small part of it. In Solidarity and Support."

To live up to our own standards of excellence we are continuing to improve both our academic offerings as well as our facilities, including making sure we offer gender neutral bathrooms. 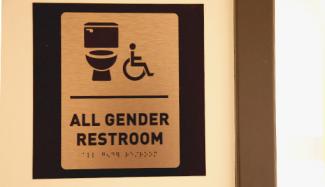