You can also read how, on Sept. 30, 2020, two days before Wrongful Conviction Day on Oct. 2, the WMU-Cooley Innocence Project helped to exonerate Lacino Hamilton after spending 26 years in prison.

The WMU-Cooley Innocence Project offers help to prisoners at no cost to them. Please support this vitally important work through your donation.

OR Mail your donation directly to:

Have you watched THE INNOCENCE FILES ON NETFLIX yet?

Wayne County Judge Bruce Morrow set aside the conviction of Mr. Kenneth Nixon, who was wrongfully convicted of murder, attempted murder and arson in 2005. “Mr. Nixon has worked tirelessly over the last 15 years to regain his freedom. Thanks to Mr. Nixon’s persistence and the collaboration between the WMU-Cooley Innocence Project and the Wayne County Conviction Integrity Unit, Mr. Nixon will finally be reunited with his loved ones,” said his attorney, David Williams.

On  June 15, 2017, LeDura (Ledora) Watkins was released after serving almost 42 years for a robbery and murder he did not commit. Based on the WMU-Cooley Innocence Project’s motion for new trial, the Wayne County Prosecutor’s office agreed to vacate the judgment of conviction and dismiss all charges in the 1975 murder of a Detroit woman. Watkins was sentenced to life without parole on April 15, 1976. The WMU-Cooley Innocence Project filed a motion for new trial on January 19, 2017. The prosecutor’s office agreed that hair comparison evidence used against Watkins does not meet today’s scientific and legal standards. In 2013, the FBI disavowed testimony by FBI-trained analysts, finding they often overstated their conclusions. The Detroit lab analysts, trained by the FBI, tied Watkins to the crime scene based on a single hair. Click to read the story.

After serving almost seven years in prison for a crime he did not commit, Donya Davis was revealed to be innocent by post-conviction DNA testing. In 2013, the WMU-Cooley Innocence Project sought DNA testing under Michigan’s post-conviction law, MCL 770.16. After testing was ordered, the results excluded Davis as the source of male DNA. In light of the new evidence, the Wayne County Prosecutor’s office did not oppose WMU-Cooley Innocence Project’s motion for a new trial. Donya Davis was released from prison pending a new trial on June 20, 2014. All charges were dropped by Wayne County Prosecutors in November 2014. Click to read the story.

Nathaniel Hatchett was 17 years old when he was arrested in Michigan for a rape he didn’t commit. Although DNA testing pointed to his innocence before trial, he was convicted and sentenced to 25 years in prison. When the evidence was located in the State Police crime lab, The WMU-Cooley Innocence Project requested that new DNA testing be conducted. In 2008, the WMU-Cooley Innocence Project filed a motion for a new trial. Prosecutors agreed to support the motion, and then filed for the dismissal of all charges against Hatchett. He was released from prison on April 14, 2008. He served a decade in prison before new DNA tests led to his exoneration. Click to read the story.

On June 17, 2003, Kenneth Wyniemko walked out of prison a free man after Macomb County prosecutors dismissed all charges against him. Wyniemko had been in prison since 1994, convicted of rape. Wyniemko's exoneration, after nine years of being imprisoned, was made possible by efforts of the WMU-Cooley Law School Innocence Project. Click to read the story.

The History of the WMU-Cooley Innocence Project

In May 2001, shortly after Michigan's post-conviction DNA testing law went into effect, the WMU-Cooley Innocence Project was established at the law school. Operating as a law school clinic, the Project's dual mission is to provide legal assistance to, and secure the release of, persons who are wrongfully imprisoned for crimes they did not commit and to provide its students with an excellent learning experience. It is the only such DNA project in the state. The Project focuses on obtaining post-conviction DNA testing and false forensics.

To date, the office has screened over 5,800 cases. There are a number of cases being prepared for court and several hundred under review or investigation. New requests for assistance come into the project each week.

Once in a Lifetime Training for Law Students

WMU-Cooley Innocence Project students practice law under Michigan's student practice rule. Students screen applications, investigate facts, conduct interviews, analyze cases, prepare court pleadings and even represent clients in court. They do this all under the supervision of experience lawyers. Qualified students are selected to participate in their second or third year of law school.  Project students not only have the opportunity to possibly free an innocent person from prison, but  will have an experience that impresses employers. 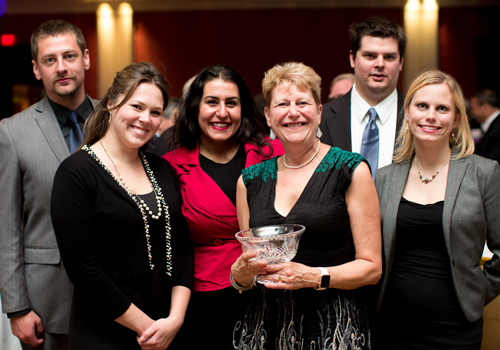 If you have questions about the WMU-Cooley Innocence Project, email [email protected]